Back to overview
This is some text inside of a div block.
The state of Social Media in late 2022 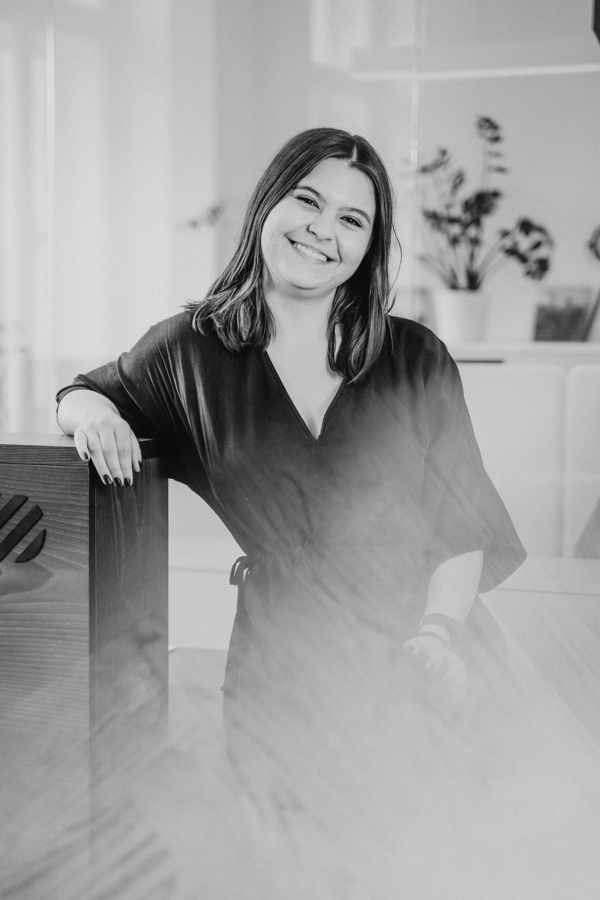 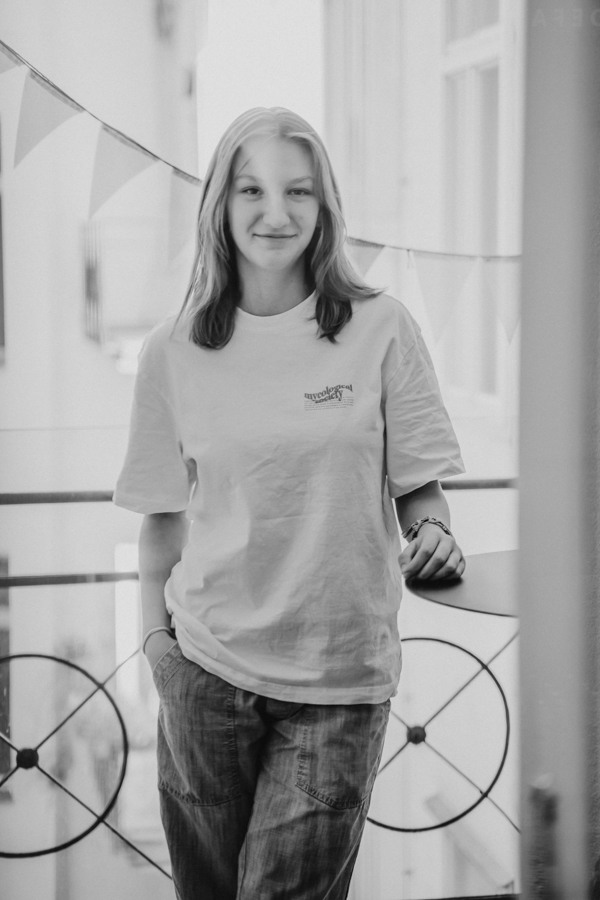 Towards the end of the year, we take a look at how social media has developed in 2022. What's the status of Facebook, which is widely rumored to be dead? Who is outdoing whose features? Two new platforms, BeReal and Truth Social, have also arrived. Come to stay in 2023? An overview from Twitter to TikTok.

The state of Social Media in late 2022 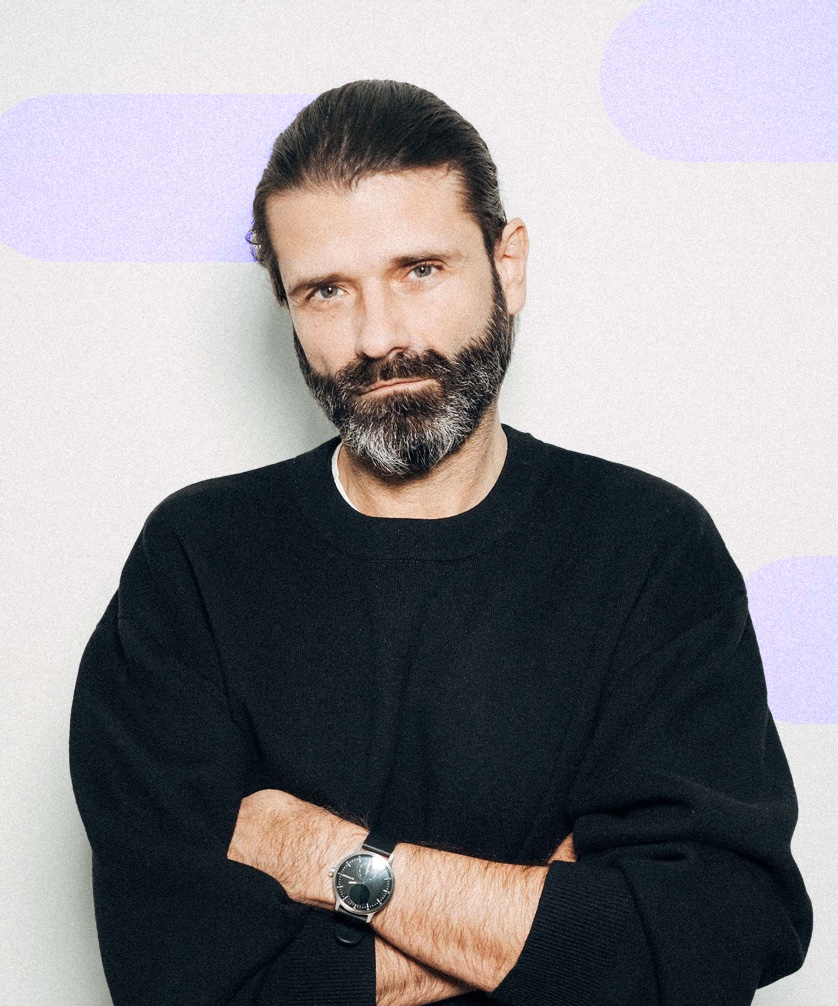 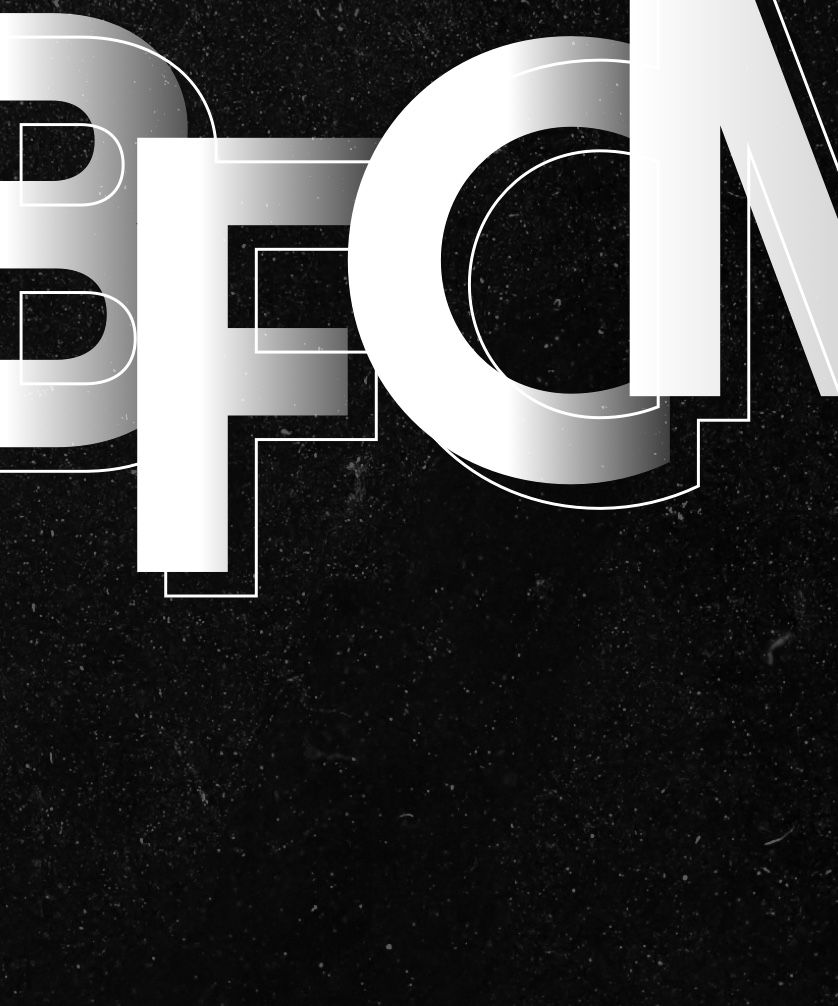 Blog
5 tips for your Black Friday & Cyber Monday "BFCM" campaign
No items found.
A lot has happened in the past year: Instagram is developing more and more in the direction of a video platform, Facebook is holding its own at the top, and a newcomer is starting its attempt to BeReal.

BeReal is growing in popularity among young people and students. Many videos about the new social media app can be found on Tiktok in particular. Almost three years old, the platform has become the topic of 2022, where most of the 28 million downloads can be located. With daily users amounting to 2.93 million, the app is most popular in the US, followed by England and France, the country of release. And here is how it works: Once a day, users receive a notification to take and post a photo. The special feature: This photo must be taken within two minutes and uses the front and rear cameras. Only after publishing one's own BeReal can those of friends be viewed. The 2-minute time window is supposed to help create and capture moments that are more real and authentic - there simply is no time for big staging. In addition, the app comes without filters, followers or likes. Similar to Facebook Reactions, there are so-called RealMojis, which is the only interaction that takes place on the platform. There are no classic influencers but only paid collaborations to publicize the platform. But there are also critics: The app is basically only financed by investors, not by premium functions or classic advertising. Users are worried about how long the app will remain so real and simple. Because without earning money, BeReal will not be able to keep up with large corporations.

After former President Donald Trump was banned from various social media platforms, including Instagram, Facebook, Twitter and the streaming platform Twitch, he founded the social media app Truth Social together with the marketing company TMTG. Officially launched on February 21, 2022, the social media app reached two million downloads in its first few weeks. However, this figure stagnated, not least because of further problems regarding the brand's IPO. Furthermore, downloads are limited to the USA and Apple users since the app violates Google's guidelines and therefore cannot be found in the Google Play Store. But what is TruthSocial actually about? On this platform, users can post their "political opinions without discrimination". At least that's what the website says: "Truth Social is America's "Big Tent" social media platform that encourages an open, free, and honest global conversation without discriminating against political ideology." But many users report "shadow banning" of their political opinions, should they not correspond to Trump's.  A closer look at the TOS reveals a clause that prohibits users from speaking out against Trump or the platform. Since the app is only available to US users, it is not possible to provide a clear answer, as the app cannot be accessed from Europe. Trump himself only posted on the platform for the first time on April 28, 2022, a full two months after its publication. New users also report long waiting times when they want to create an account. Is the platform on the verge of collapse? One can only hope so.

There are around 1 billion active users worldwide on Instagram every month of which Austrian users account for 3.15 million of these. A lot changed for them in the second half of the year: The popular Instagram Reels were further expanded. It is now easier for users to create and post them, and videos under 15 seconds are automatically posted as reels.  Other features such as stickers have also been usable for reels for quite some time. Instagram picks up other popular features from other apps, such as BeReal or TikTok. The front and rear cameras can be used simultaneously for pictures, and feed posts could soon be posted in 9:16 format. Another upcoming update for many creators is the launch of NFTs. This will provide another way for artists* to sell their work at auction via Instagram. After a test run in May, the gadget was expanded to 100 more countries in Africa, Asia-Pacific, the Middle East and the Americas on Aug. 4, 2022. The rollout in Austria is still a long time coming.

Hard to believe, but Facebook will still be the most popular social media platform in 2022 with 2.8 billion active users per month. If we take a look at the demographics of the users, we can see that the age structure does not differ significantly from that of Instagram, for example. Only those under 25 are less strongly represented. In Austria, the number of users amounts to 3.3 million. The advertising reach amounts to 36.4% of the total Austrian population at the beginning of 2022. 50.8% of this refers to the female population, 49.2% to the male population.  The feed is divided into the home feed and the feeds tab. The home feed contains recommended posts and short videos. The Feeds tab is reserved for Family & Friends posts. You create a list of favorites and the content of the people is displayed here. Music revenue sharing has been available on the platform since July. It is now possible to use licensed music from musicians and receive a share of the in-stream advertising revenue in return.

Twitter recorded an estimated 705.3 thousand users per month in Austria at the beginning of 2022. Worldwide, the platform recorded 486 million "monetizable" users per day in July 2022 - i.e. people to whom ads can be displayed. That is 6.1% of the global population. In Austria, this corresponds to 8.4% of local Internet users. Interactions with Twitter ads have also increased by 6%. As a result, the cost per ad interaction has also increased by 33%. Twitter is also working on new features: Twitter Circle, for example, is currently in the test phase. Here, posted content is shared in a group of a maximum of 150 people. It will be some time before this feature is available to the masses, as it is being tested on a small group worldwide. The Unmention feature has also been a part of the platform since mid-July 2022: If you have been tagged in a post, you can remove your link on the post, and not just Twitter Blue users*. Twitter Blue, the "opt-in layer" of Twitter, was introduced in the USA, Canada, Australia and New Zealand. Available for the monthly price of $5 are: ad-free articles, unlimited bookmarks, personalized navigation bar, undo or retweet tweets, and several new designs for the app. The expansion to other countries is under discussion. Whether and when it will also be implemented in Austria remains to be seen.

As of July 2022, marketers could reach 1 billion people on TikTok. This corresponds to 12.8% of the world's population. In Austria, the reach amounts to 1.75 million users. This means that 20.8% of local Internet users are reached. The demographic breakdown is 53.8% women and 46.2% men. Since TikTok collects data from the age of 18, this is fuzzy due to the existence of many users under 18.  What has changed on TikTok: The length of videos is now a maximum of 3 minutes. By comparison, on Instagram it's a maximum of 60 seconds. TikTok is aligning with other social media platforms as well; as of this year, you can post Stories that are only visible for 24 hours. As of July 2022, new subtitle and translation tools have been released. This is intended to strengthen openness to other countries and their cultures and languages. Supported languages include German, Korean, Mandarin or Turkish.  The first TikTok Awards were also presented in Germany in July. Brands and agencies were honored in the categories "Greatest Creative," "Greatest Performance" and "Greatest TikTok." On August 16, "Follow Me" launched TikTok's training program for SMEs in Germany. Austria and Switzerland are also integrated in the multi-channel project. The companies are to be supported in using the platform optimally, adapted to their goals.

Snapmap is celebrating its anniversary! For five years, you can locate your friends on a map. Worldwide, 616.9 million users can do this, in Austria 1.85 million. That corresponds to 22% of local Internet users. The long-planned Snapchat+ function has been available in some countries since the end of July 2022 for $4 per month. You can't remove ads, but you can monitor your friends more closely than in the free version. This is because you can already see the location without paying. If the person is driving, flying or visiting a place of interest, this is also displayed. In the premium version, you can see the location history of a friend in the form of travelled routes for 24 hours.  You can also try out new designs. You can also use your front and rear camera simultaneously on Snapchat. A lot is changing in terms of design and digitization. The Bitmoji, a person's profile, now has a more real design. Previously more comic-like, it is currently visible in 3D optics. Snapchat published as part of Siggraph 2022 that they have found a new way to digitize images by stitching videos and photos from different angles. This makes it possible to digitize all sorts of objects if there are enough photos to go with them. The web function also exists on Snapchat. With the normal free version, everyone can manage their account. However, no messages can be sent or received there. However, if you have Snapchat+ and live in Canada, USA, UK, Australia or New Zealand, you can even send messages or make phone calls in the browser. It remains unclear when these innovations will also be available in Austria.

As a center of competence in the field of occupational pension provisions, we have joined forces with BONUS Vorsorgekasse AG to design a sophisticated service hub for fulfilling sophisticated customer requests. 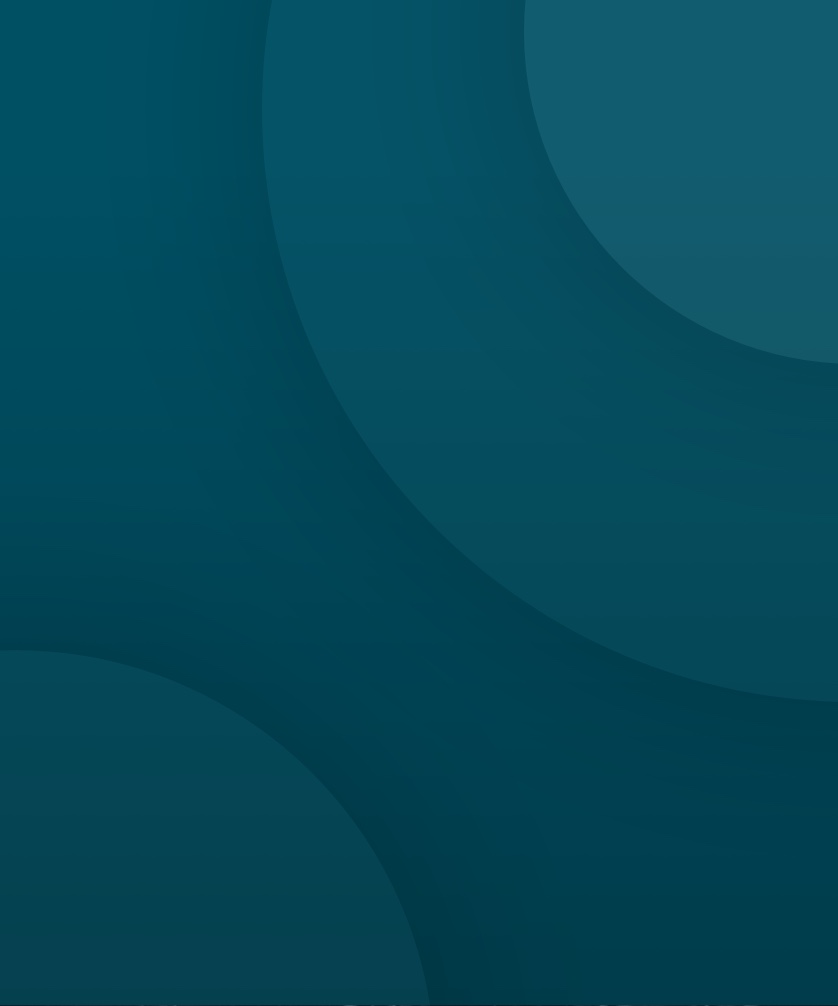 digitalwerk is all about development and change - and we don't stop at ourselves. That's why we have not only realigned our strategic goals, but also our corporate structure. We are very pleased to announce that we have strengthened our creative department with a new position: Raphael Berthold will take on the role of Art Director with immediate effect. 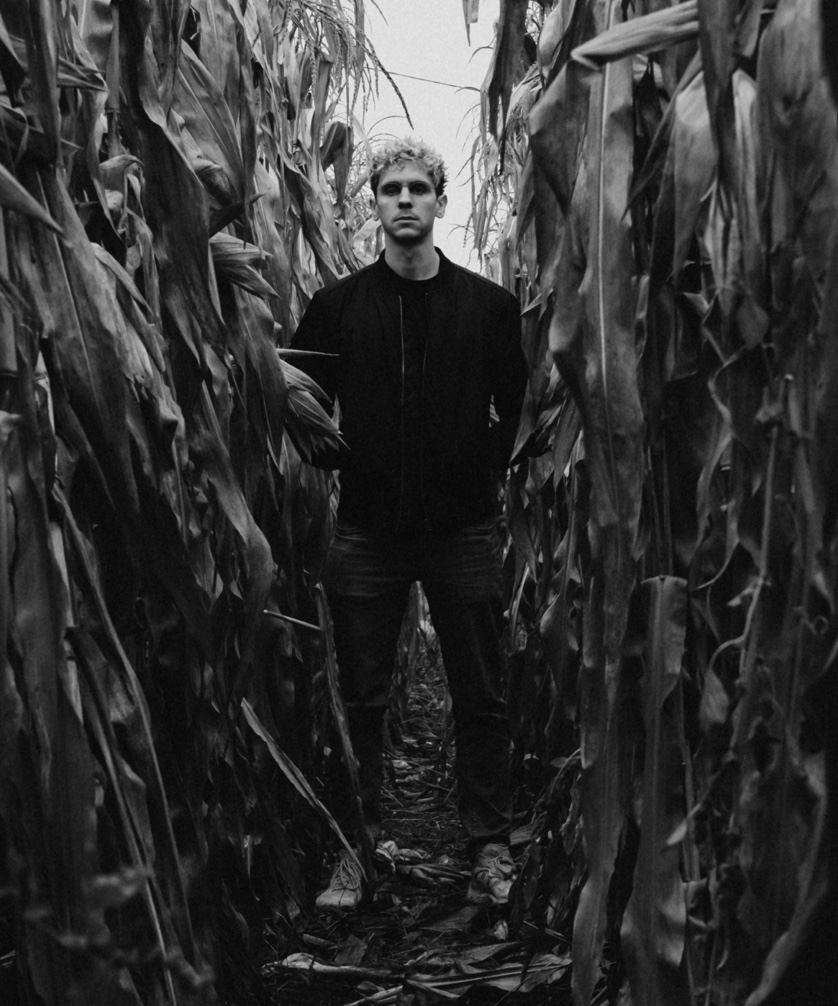 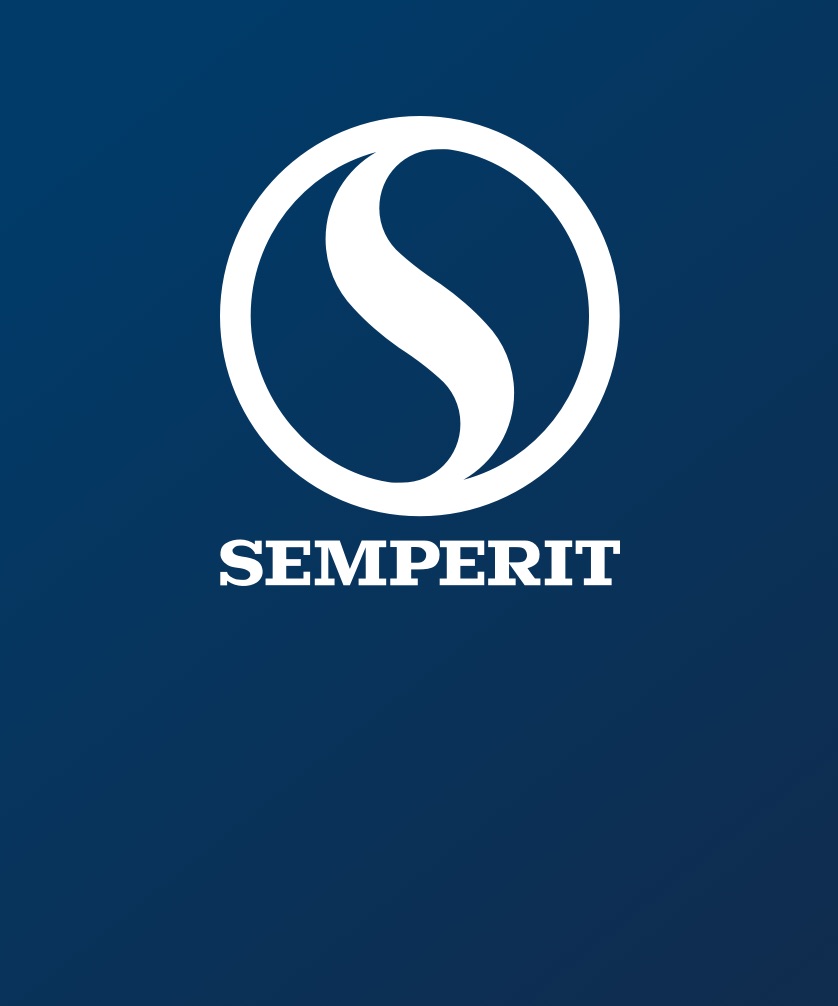 Together with HOFER'S own organic brand "Zurück zum Ursprung“, we are setting new standards for their digital brand presence - across the digital vegetable patch. 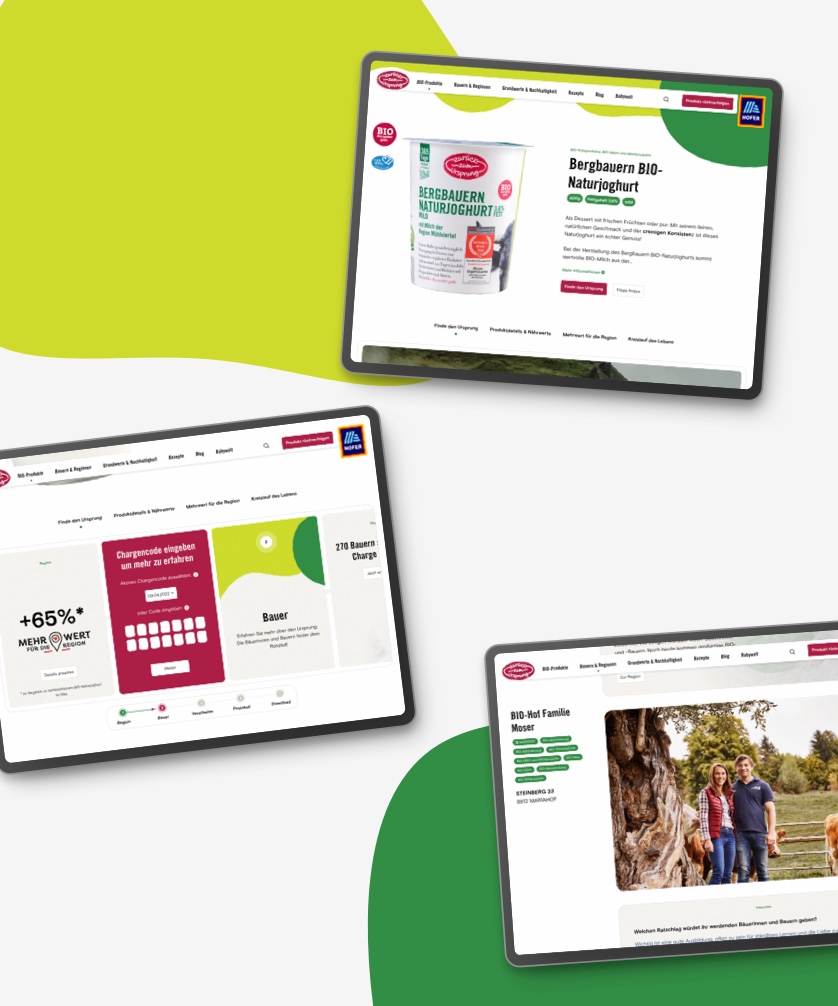 Let’s get physical, or keep it digital:
Get in touch